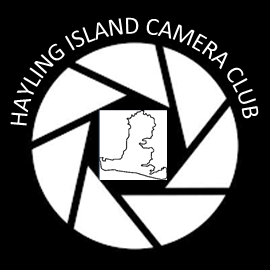 The Club shall be called "Hayling Island Camera Club". (HICC)

The object of the Club shall be the advancement of its Members in the Science and Art of Photography.

The Annual General Meeting (AGM) will be held in April or May unless any extenuating circumstances prevent it taking place, at which point the AGM will be held as determined by the Committee, and shall commence at the normal starting time of the club.

The business to be transacted at the Annual General Meeting shall be:

The President (or anyone acting in their absence) shall not vote on any issue except in those cases where an equal number of votes have been cast for and against a motion when the person so presiding shall have the casting vote. A bona fide member unable to attend because of business or club commitments, or through illness, shall be entitled to record a vote on any proposal or amendment provided notice thereof is tendered in writing to the Secretary not later than 7 days prior to the meeting. The member concerned must sign any such vote.

A Special General Meeting may be held at any time on the written request of not less than 8 members.

The document requesting the Meeting must state the reasons therefore and be addressed to the Secretary who, being satisfied that the necessary procedure has been followed, will call a Special General meeting giving 21 days' notice thereof to all members. The Notice of the meeting must indicate the nature of the business and the names of the sponsors.

The President (or anyone acting in their absence) shall not vote except in the event of an equal number of votes having been cast for and against a motion when the person presiding shall have the casting vote.

An external auditor shall be appointed at each Annual General Meeting. The person so appointed shall not be a member of the Committee.

In addition to termination of membership, the Committee shall have power to require the resignation of any member deemed to have committed a wilful breach of the Rules or whose conduct is, in the opinion of the Committee, injurious to the character or interest of the Club.

USE OF CLUB PROPERTY

Club property may be used by members only with the consent of the Committee.

The Committee shall be empowered to deal with any matter for which no provision has been made in the Rules. Alterations or additions to these Rules shall only be made at an AGM or Special General Meeting duly convened for this purpose. Each member shall be given a copy of these Rules.

We are affiliated with the Photographic Alliance of Great Britain.